The cooperation of the PCB manufacturer Austria Technologie & Systemtechnik AG (AT&S) with the computer vision specialists of the Austrian Institute of Technology (AIT) guarantees top quality in production. The Inline Computational Imaging System developed by AIT improves the detection of hardly recognizable defects in 3D. Scratches, micro-cracks and the like can even be detected in µm-scale with relatively high speed. Machine learning enables automatic classification of actual defects and so called pseudo-defects (e.g. dust particles). Thus the efficiency of PCB production can be further improved.

Standard visual inspection systems that can be used in quality control of industrial parts use a fixed setup with one camera and some light sources with a fixed angle to the direction of inspection. The optimal illumination direction and optimal viewing direction depend on the object to be inspected and the defect class to be detected and thus may vary. It would be favourable – yet significantly more expensive – to use more cameras and illumination units comprising different angles w.r.t. the inspected object. However, by means of only one multi-line-scan camera suitable for industrial applications and only one illumination unit, AIT has succeeded to acquire objects in motion (e.g. conveyor belt) under multiple angles. By means of a method developed by AIT (so-called Inline Computational Imaging), those acquisitions under different angles are combined and used to reconstruct the object’s 3D shape. Thus high-resolution colour images and additional depth maps are generated, which enable automatic defect detection.

For several different error classes typical for the production of printed circuit boards, it could be shown that the error detection rate increases significantly by using Inline Computational Imaging in the quality inspection Systems. 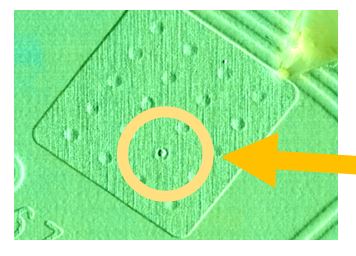 Error classification with the help of Deep Machine Learning

An existing automatic inspection system is used in the AT&S production line for quality inspection. As this conventional system uses only one viewing direction, i.e. camera, and one illumination direction, no 3D information can be extracted from those images. Hence, in some cases also deviations (like dust or fibres) which are not actual defects on the printed circuit boards are falsely detected as defects (like scratches). That is because the 2D images of e.g. fibres and scratches can look very similarly with respect to each other. In order to discriminate between actual defects and pseudo-defects, many detections have to be additionally checked by human examiners.

To avoid false detections and to enhance the efficiency, AIT has developed a machine learning framework based on Convolutional Neural Networks (CNN). This system learned to distinguish real defects from pseudo-defects based on sample data that were assembled and annotated by experts from AT&S. Those deep learning methods analysed the deeper structural distinctions and generated recognition rates of about 95% when distinguishing real from pseudo-defects, which is a quite remarkable and promising achievement.

PCB production can only hold its ground at a location like Austria through top quality, a high degree of automation and highly specialised niche products. Hence, reliable and possibly fully automatic quality assurance and inspection are essential. Likewise, due to very small production batches, setup time must be minimized and the inspection system has to be very flexibly applicable to various materials, objects, and defect classes. Until now, small production batches could not be inspected automatically, because a very complex setup routine had to compensate the weaknesses of the current inspection system. Furthermore, the large amount of pseudo-defects caused significant effort of manual post-inspection.

The newly developed methods are flexible and enable short setup times of the inspection system when inspecting new products. Moreover, defects on printed circuit boards can be detected more confidently. Thus, the effort for quality assurance can be significantly reduced at increased reliability. 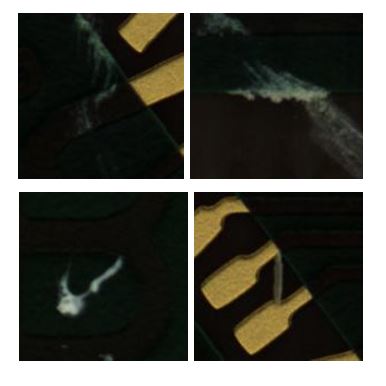