There are two main approaches trying to solve the indoor localization problem. The first group encapsulates radio-based techniques such as 3/4G, Wi-Fi, Bluetooth, beacons, and RFID, the second group, which has recently emerged, only uses images for localization within a known environment. The latter is based on the assumption that the environment exhibits unique visual appearance. This allows indoor localization to be treated as a purely visual problem without the need of installing additional devices or beacons within the environment. The sensing device is a camera, which nowadays is standard equipment of mobile phones.

Within the project Vision+, AIT and INS continued the research and development of a vision-based indoor navigation and augmented reality system which can be used in environments such as airports, train stations, museums or shopping malls.

We developed methods for visual pose estimation and tracking which exceed visual odometry. Inspired by recent advances in VSLAM, we use previously created maps of the environment to continuously track the device’s position (Figure 1). The map can be created using VSLAM methods and is registered to the target environment (e.g. airport). 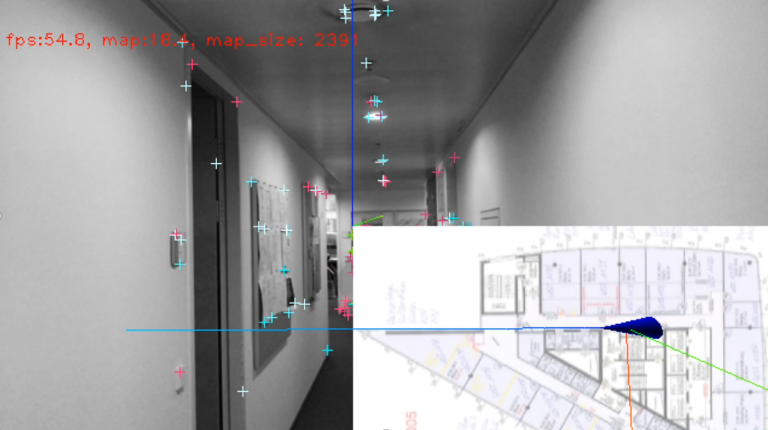 Figure 1: VSLAM running on an iPhone 7: The blue cone represents the current position of the camera within the environment. The crosses show old and new map points which are used for localization and tracking

We successfully tested the system, for the first time, on two real-world and public test sites. The results are very promising, however we also identified new challenges and many possibilities for improvement. Thus, a long-term partnership between AIT and INS was established to tackle these challenges and to bring the product on the market. 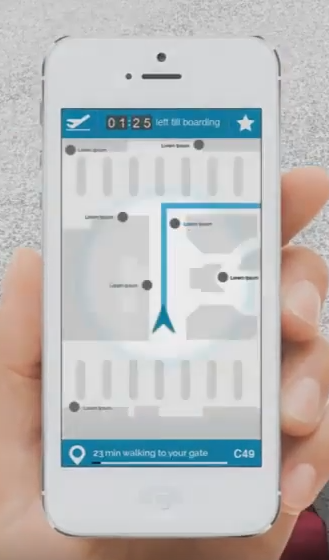 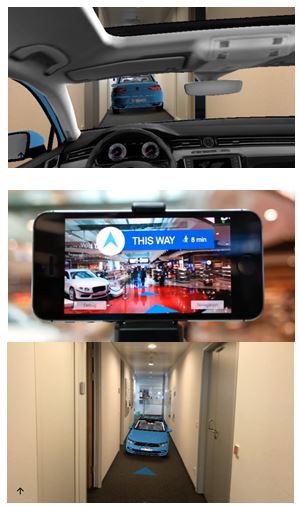